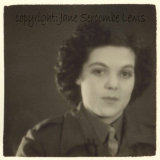 Extracts from an essay by Norah May Lewis (nee Pankhurst), which gives a description of 26 Cray Road, the final home of her grandparents George and Mary Emma Tree.
Number 26 Cray Road in Foots Cray, Kent - my mother and her nine siblings were all born and grew up there [in fact the eldest, George Henry Tree, was born in Camberwell in 1885, before the family moved to Kent]. Mum was second youngest and her eldest brother was more than 20 years her senior, and so she was spoilt and teased, especially by the older brothers. My grandmother, Emma Tree [Mary Emma Sercombe], had been reduced to near destitution and took in laundry to make ends meet. This menial work was done overnight so that no-one in the village of Foots Cray would know. She was a very proud woman. My grandfather George met her when his own mother was working as a daily help for Emma’s family. He was a regular soldier home on leave. Granddad travelled the world as a soldier, and when on leave would lavish gifts on his family and all would be well until he returned to his regiment. Army wives were the poorest of the poor. When he left the army he returned to basket making, a trade learnt from his father, and was reasonably successful.

My grandmother died in 1922 in her early 60s, and Granddad continued living at number 26 until about 1933, by which time all his children had married and left home. Prior to that my parents had shared his home when they married and stayed for a year or so until my sister June was a year old … Including my sister and an older cousin who were both born at number 26, in all there were twelve family births at the old house.

One of Mum’s older sisters took over the tenancy for a few years before the Second World War, and Granddad moved about 100 yards along Cray Road
[but later] returned to the old house where he remained, living with the last family tenant, his sister’s daughter [probably Edna Mary Sullivan (1905-1984), daughter of Eliza Tree and Thomas Sullivan, married to Thomas Oram.] until he died at the age of 85.

I do not know how long his niece continued living at number 26, though after the war, as part of the widespread modernisation of Britain, the old house and all others in the row were demolished. The demolition included The Barley Mow public house, where he had a corner bar stool upon which nobody else was allowed and which remained unused even after his death.

As children we spent happy hours at number 26, watching Granddad making baskets and listening to his old army and travelling yarns, some of which we almost knew by heart - but a sixpence each if we listened (or appeared to listen) intently and without fidgeting was a good incentive. We played in the large garden and had complete freedom of the village and surrounding areas.

Inside the house seemed quite spacious. It had three bedrooms and a box room, scullery, living room and parlour. As in most 19th century houses there was no bathroom. Residents bathed in the scullery in a large galvanised bath, which when not in use was hung on the outside wall. The lavatory, although built as part of the house, was outside. As a child I hated that, especially after dark as it was unlit.

The parlour was sacrosanct. Children were not allowed in there unaccompanied by adults. I recall heavily patterned wallpaper, large framed family photographs, huge furniture, the un-played piano and numerous ornaments. The carpet was dark and the heavy lace curtains pure white. There was lovely china and glassware and lace doilies. Not the ideal place for lively children. We were scared to move! Sadly the old house no longer exists - but then, that’s progress!